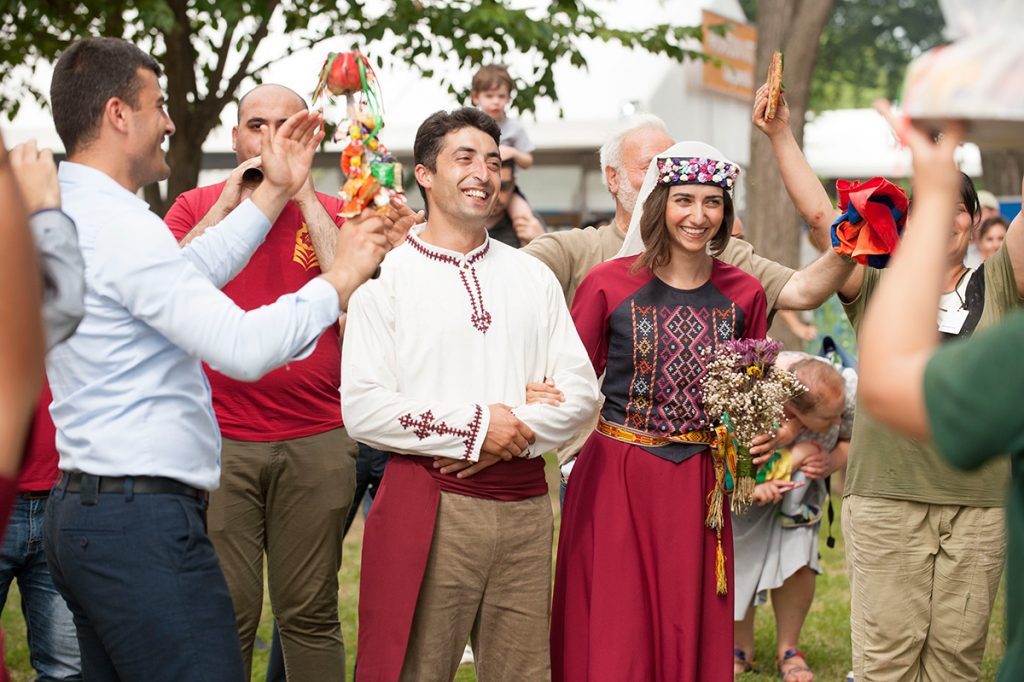 How does Lavash influence Armenian Culture and Tradition?

How does Lavash influence Armenian Culture and Tradition?

Lavash is a soft, thin unleavened flatbread made in a tandoor and eaten all over the South Caucasus, Western Asia and the areas surrounding the Caspian Sea.In 2014, “Lavash, the preparation, meaning and appearance of traditional bread as an expression of culture in Armenia” was inscribed in the UNESCO Representative List of the Intangible Cultural Heritage of Humanity.

In Sabirabad District of Azerbaijan after a wedding, the bride and groom enters the house and they would break a plate which brought good luck. The couple were to be greeted by the groom’s mother who offered them Lavash and honey. Eating a spoon of honey symbolized happiness for the newlyweds. They wore the lavash on their shoulders for good luck and to keep away evil spirits. At this time, the guests showered them with sweets, nuts and coins for a warm welcome and gave the couple gifts, money and jewels. The celebration then continued with amazing foods, drinks, and traditional Armenian music and dancing until late evening. Although the traditions have been adjusted for modern times, many couples still continue to break a plate as they enter the banquet hall for their reception. In the Novkhani settlement, after a funeral, it is customary for people to prepare kyulchya, which sometimes consists of halva wrapped up in lavash.

Dried lavash can be used for long-term storage (almost one year) and is used instead of leavened bread in Eucharist traditions by the Armenian Apostolic Church.