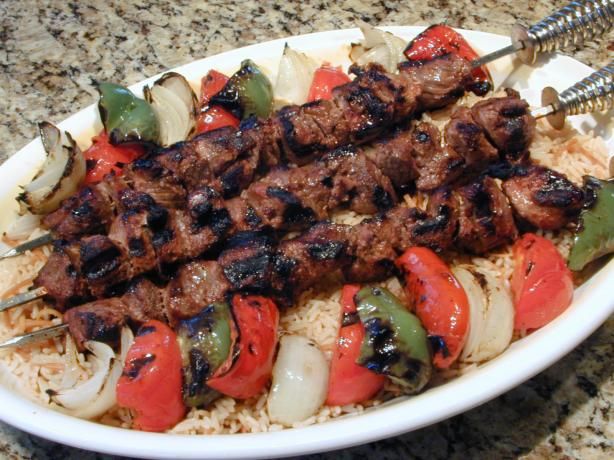 Kebabs are various cooked meat dishes, with their origins in Middle Eastern cuisine. Many variants are popular around the world. In most English-speaking countries, a kebab is commonly the internationally known shish kebab or shashlik, though outside of North America a kebab may be the ubiquitous fast-food doner kebab or its variants. By contrast, in Indian English and in the languages of the Middle East, other parts of Asia, and the Muslim world, a kebab is any of a wide variety of grilled meat dishes.

Kebabs consist of cut up or ground meat, sometimes with vegetables, and various other accompaniments according to the specific recipe. Although kebabs are typically cooked on a skewer over a fire, some kebab dishes are baked in a pan in an oven or prepared as a stew

Khorovats is a dish of pieces of meat grilled on flat skewers known as shish or shampoor. It is very popular, especially on festive occasions. In contrast to shish kebab, the meat pieces are typically larger, and left on the bone. While sometimes coated in salt, pepper, onions, and herbs shortly before cooking, vinegar-based marinades are not used. Various kinds of meat are used, the most common is pork, with ribs being the most popular cut. Vegetables are not cooked on the same skewer.

Seasoned oblong meatballs cooked on skewers, known in other regions as lule kebab or kufte, are called kyabab, with the emphasis on the first syllable. Karsi khorovats is the Armenian name for doner kebab, which the city of Kars became known for during the time of the Ottoman Empire.