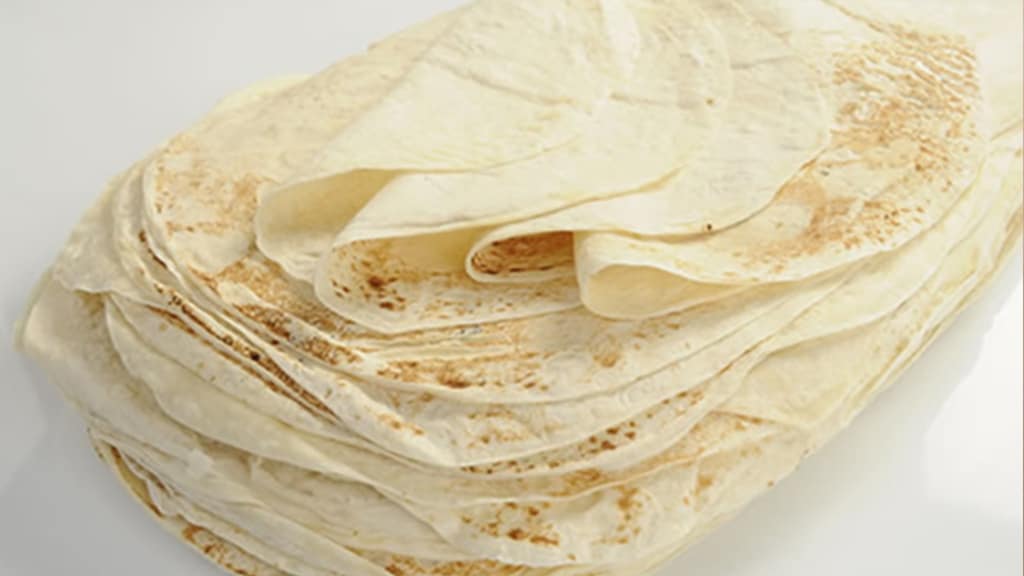 Lavash is a soft and thin unleavened flatbread. It is made and eaten all over the Caucasus, Western Asia and the areas surrounding the Caspian Sea.

In Armenia, this is the most widespread type of bread. It’s not even hard, but we’d claim that it’s impossible to find an Armenian table without lavash.

During centuries, this bread has not only occupied the highest place in Armenian cuisine, but also acquired the sacramental meaning, symbolizing life and wisdom. There are million ways to describe why Armenians are so obsessed with lavash.

It’s dietary, very easy in usage, can be the best option for any type of roll, has the simplest recipe and above all is yummy.

Go on reading and find only the recipe of Armenian lavash, what makes it so special and unique for Armenians.

Armenian Lavash: When to Eat

In general, Armenians don’t need a special occasion to eat lavash. You can find lavash next to other ordinary types of bread at usual Armenian table. In many cases, lavash even is used much more often.

The reason for this is the special dishes that include lavash and no other bread can replace it. One of the most popular Armenian traditional dishes – khash, is a unique one, as Armenians used to eat it only after crumbling dried lavash into the broth.

Except of being a food to eat, lavash also plays a symbolic meaning in Armenian culture. It’s no surprise that it symbolizes Armenia itself for foreigners. For Armenians lavash symbolizes prosperous and peaceful family.

This concept stands behind the tradition to put lavash on newlyweds’ shoulders during wedding. This is a special ritual that is done by groom’s mother, it is a symbol of a new prosperous family and fertility.

Let’s agree that baking is one thing, but being able to use it efficiently is the next most important step.

One of the most specific features, which is visible is the thinness. Lavash is among the thinnest breads in the world. Since drama is an inseparable part of Armenian identity, of course there should be legends even about food. There you go – a legend about why lavash is so flat!

Legend about Lavash and the Armenian King

According to the legend, King Aram of Armenia was imprisoned by the Assyrian ruler, Nebuchadnezzar, during a battle. The Assyrian leader didn’t consider this to be a victory over the king, so he said that he would deprive Aram from food for 10 days. On the 11th day the two would have an archery competition.

If the Armenian king managed to win, that would mean he was stronger than the Assyrian ruler, so he would set King Aram free.

After thinking about it a lot, Aram asked for the most beautiful shield to be brought to him from the Armenian troops, stationed at the border of Assyria. Nebuchadnezzar didn’t object and sent his messengers to the border to transfer the Armenian king’s wish.

At first Aram’s servants were puzzled by their king’s request, as they couldn’t get the reason for asking a shield. But then they realized the reason and began to pack the inside of the shield with thin pieces of bread called lavash and handed the shield to the messenger.

The Assyrians didn’t notice pieces of lavash, secretly hidden inside. Aram received the shield, inspected it and said that is wasn’t good enough and asked for another one.
So, this continued to happen each day before the competition. On the 11th day Aram and Nebuchadnezzar headed to the shooting range. Nebuchadnezzar was confident as he was sure that after 10 days without food, Aram would be too weak to win.

As you may have guessed, Aram actually won and was set free, as promised. Yes, kings used to keep promises those years! After his glorious victory with the help of lavash, Aram returned to Armenia and ordered everyone to bake only lavash and not eat any kind of bread except it.

The next feature of lavash will catch the attention of especially the healthy eaters’ attention. Lavash is made without yeast, which is the healthiest thing that bread can have. Yeast is not very good for health and imagine using it every day! But, you have a choice to make, start eating lavash and problem solved!

Another feature of lavash is a good news for those who love to economy. Because of its simple recipe and flat surface, lavash can be dried and kept in dry condition for six months! Yes, you didn’t misread it, it’s six month.

Whenever you feel like eating lavash, just sprinkle some water on its surface wait a couple of minutes and there you go! Lavash is soft and nice and ready to be eaten.

In 2014, “Lavash, the preparation, meaning and appearance of traditional bread as an expression of culture in Armenia” was inscribed in the UNESCO Representative List of the Intangible Cultural Heritage of Humanity.

If anyone had doubts about lavash’s origin, UNESCO made it clear – lavash is Armenian food, but good enough to be called heritage of humanity.

Of course, some countries still try to manipulate it, bringing in arguments about other origins, but in vain.

The inclusion of lavash onto the list makes it Armenia’s fourth listing on the UNESCO cultural heritage list. Others include Khachkars (cross stones), Duduk (musical instrument made from apricot tree wood) and national epos “David of Sassoun”.