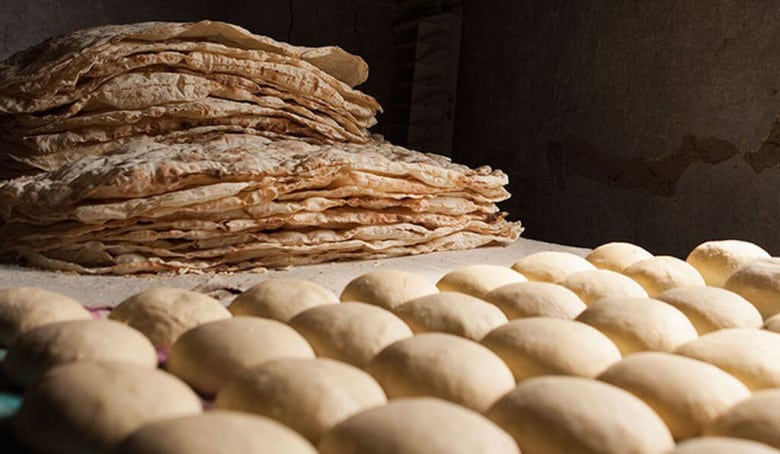 Lavash; The King Of The Armenian Breads

Probably one thing that Armenians wouldn’t forget when they sit at the table is bread. One thing that you will always notice in every Armenian table is a great amount of bread.

Armenia is one of the oldest countries with ancient history, culture and cuisine in Asia and the South Caucasus region. A nation that has a history of thousand years, decades and still from the ancient times Armenians knew how to make wine and bake bread. One of the prides of Armenian cuisine is our traditional and national bread Lavash. Ask any Armenian about the pride of our cuisine and they will certainly mention that flatbread.

Lavash is a traditional Armenian thin bread that represents our national cuisine and originates from Ancient Armenia. The preparation of this demands special skills and great effort. Have you known that only women prepare and bake the flatbread? It is not a rule but it is a tradition that came from ancient times.

If you have read the article about barbeque, you will remember that in most cases fathers and brothers make the barbeque in the Armenian family. So making tools, ovens and the most important tool tondir (tonir-թոնիր) is the duty of men but preparing bread is the job of our women.

Well, there is an opposition in every rule and this one is not an exception. See our brave baker’s artistic jump into the oven. The video was shot by INSIDER.

Generally, tondir is located underground. For making lavash, Armenians use flour, water, and salt. Firstly they make dough from wheat flour, water and form them into balls. Then the balls are rolled into thin layers and stretch them over an oval cushion. After preparing them with a special skill slap against the walls of the tondir. Waiting for a minute or sometimes thirty seconds, pull already baked list from the wall.

According to the traditions, the preparation was a ritual of every family. The blending dough was a duty of the elder woman of the family and the preparation of it started with the rising of the Sun. Firstly they made the fire, then prayed and started making it. The process accompanied by nice conversations, songs, and jokes.

Want to know what is the tastiest Armenian sandwich? Of course, it is being made form Lavash, salty tasty cheese, greens, often meats. And the morning breakfast is ready. The taste you will remember forever because newly baked bread and the natural cheese with greens make the perfect combination.

Want to know what dish is impossible to imagine without this flatbread? Definitely Armenian Khash! For this dish, we dry the lists of bread beforehand and serve it with the dish. Then we add pour the dried parts into the Khash adding garlic and salt. That’s it! Khash is ready!

Two kings of Armenian cuisine come together when we are going to make the king Barbeque. According to the tradition, Khorovats becomes tasty when we put a few lists of Lavash under the deep oven (for gathering barbeque) and when we have done it we close them again with it. I promise you’re not going to forget that taste.

If you are vegan and are nervous about how I speak about dishes with flatbread and meat. Don’t worry we have a vegan variety for you. What can be tastier than the fresh baked crispy bread and fresh natural Armenian greens or tomatoes and potatoes? Nothing!

In July 2014 our pride was added to UNESCO’s Intangible Cultural Heritage list as an expression of Armenian culture. Besides the cuisine, our pride has a ritual role in weddings. When the couple comes to the groom’s house, the mother of him puts a list of Lavash on the shoulders of newly married couples as a sign of prosperity and fertility.

Though the pride of the Armenian cuisine has a rich history and ancient origin, it still remains the top symbol of national dishes.