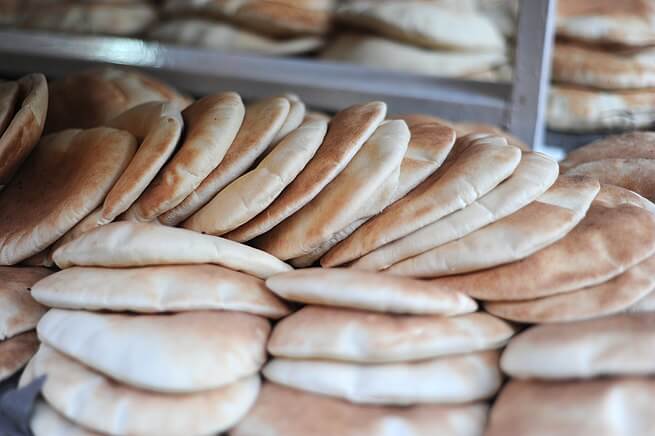 The main difference between Pita and Lavash is that the Pita is a soft, slightly leavened flatbread baked from wheat flour and Lavash is a flatbread.

In many languages, the word ‘pita’ refers not to flatbread, but to flaky pastries; see börek.

Pita ( or US: ) in Greek, sometimes spelled Pitta (mainly UK), also known as Arabic bread, Lebanese bread, or Syrian bread, is a soft, slightly leavened flatbread baked from wheat flour, which originated in Western Asia, most probably Mesopotamia around 2500 BC. It is used in many Mediterranean, Balkan, and Middle Eastern cuisines, and resembles other slightly leavened flatbreads such as Iranian nan-e barbari, Central and South Asian flatbreads (such as naan), and pizza crust.

Lavash (Armenian: լավաշ; Turkish: lavaş; Kurdish: nanê loş‎; Persian: لواش‎; Georgian: ლავაში) is a soft, thin unleavened flatbread made in a tandoor and eaten all over the South Caucasus, Western Asia and the areas surrounding the Caspian Sea. Lavash is one of the most widespread types of bread in Armenia, Azerbaijan, Iran and Turkey.

In 2014, “lavash, the preparation, meaning and appearance of traditional bread as an expression of culture in Armenia” was inscribed in the UNESCO Representative List of the Intangible Cultural Heritage of Humanity. In 2016, making and sharing flatbread (lavash, katyrma, jupka or yufka) in communities of Azerbaijan, Iran, Kazakhstan, Kyrgyzstan and Turkey was inscribed on the list as well.